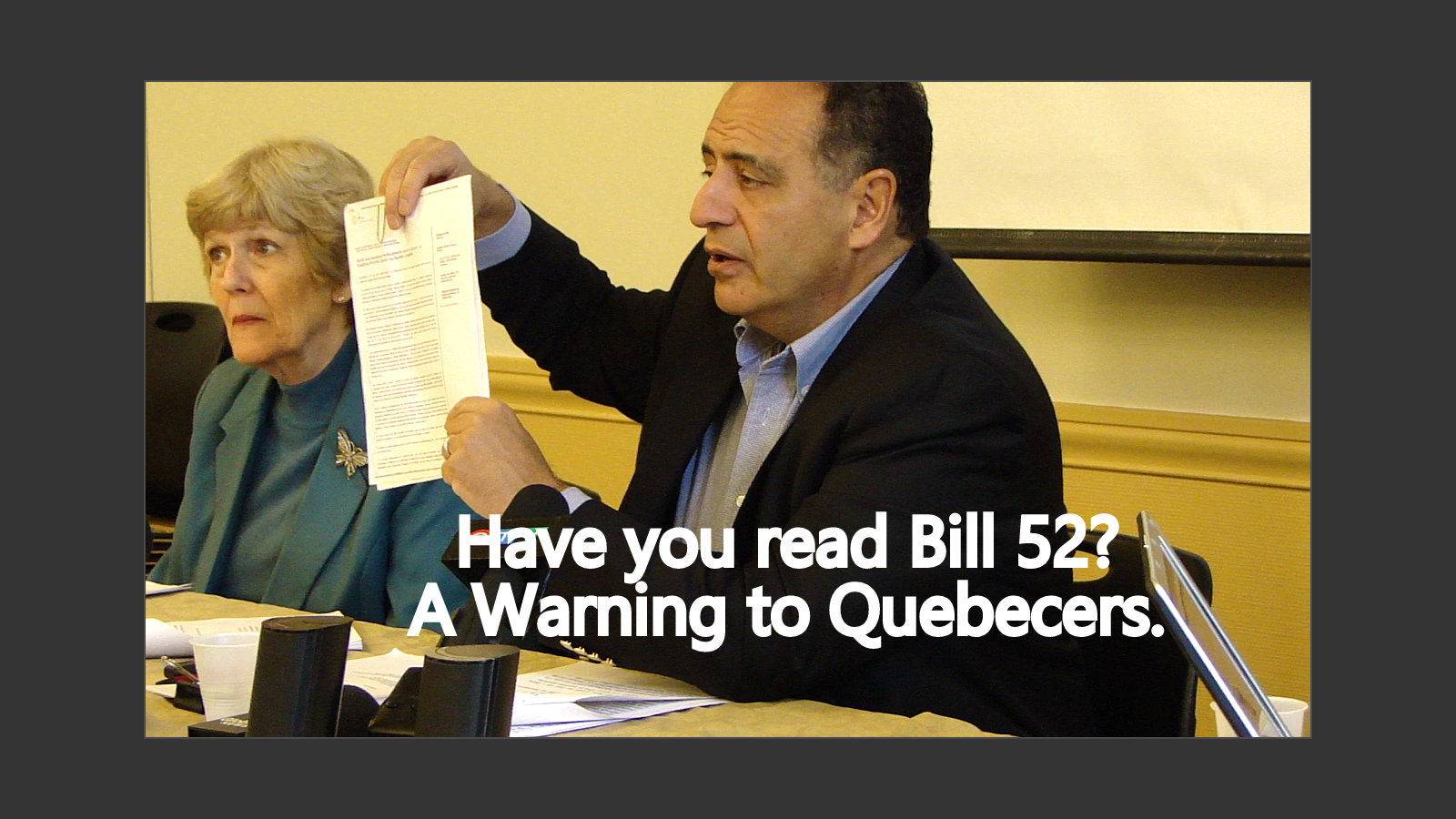 Quebec’s proposed law on euthanasia will allow a lethal substance to be injected into an adult person at “the end of life” (which is not defined in the proposed law) who has unsupportable suffering.

Quebec’s health care system is managed by the provincial government of Quebec, Canada. This system is plagued by deficiencies including lack of access to family doctors [for 25% of its population], to pediatricians for children and to specialists and specialized tests [resulting in long wait-times].

Moreover, up to 80% of its people lack access to palliative care in some regions.

Thus, many Quebecers will be forced to accept a lethal injection to end their suffering when faced with the possibility of dying painfully without access to adequate health and palliative care.

In the video: “Quebecers call out to the world,” different citizens from a cross section of Quebec society share their personal stories and explain the dangers and abuses that would follow if such a law is enacted.

A number of international associations have categorically condemned euthanasia as not part of palliative care [The International Association for Hospice & Palliative Care]and warns physicians not to practice it even where nation states permit it [World Medical Association and its 9 million physicians].

Quebec’s Proposed Law and the Belgium Model: Children Next?

Quebec’s proposed law on euthanasia is modeled after a 2002 Belgian law. While initially euthanasia was only to be practiced on adults suffering physically with an incurable disease, subsequently adults who are depressed or tired of life are being euthanized.

On February 13, 2014, the Belgian legislature has extended the law to children without age limit. Accordingly, Belgium’s euthanasia of children will violate the United Nations Convention of the Rights of the Child that guarantees children rights including “right to life”, “the survival and development of the child”, “adequate medical services”, and “protection against all forms of neglect and cruelty”.

Children have the right to the best quality of life and adequate health care that includes high quality palliative care.

On February 12, 2014 the International World Congress on Pediatric Palliative Care declared that not only “Euthanasia is not part of children’s palliative care and is not an alternative to palliative care….the answer to a child’s suffering is more and better palliative care services and not the ending of a child’s life.”

Citizens of the World Request that: