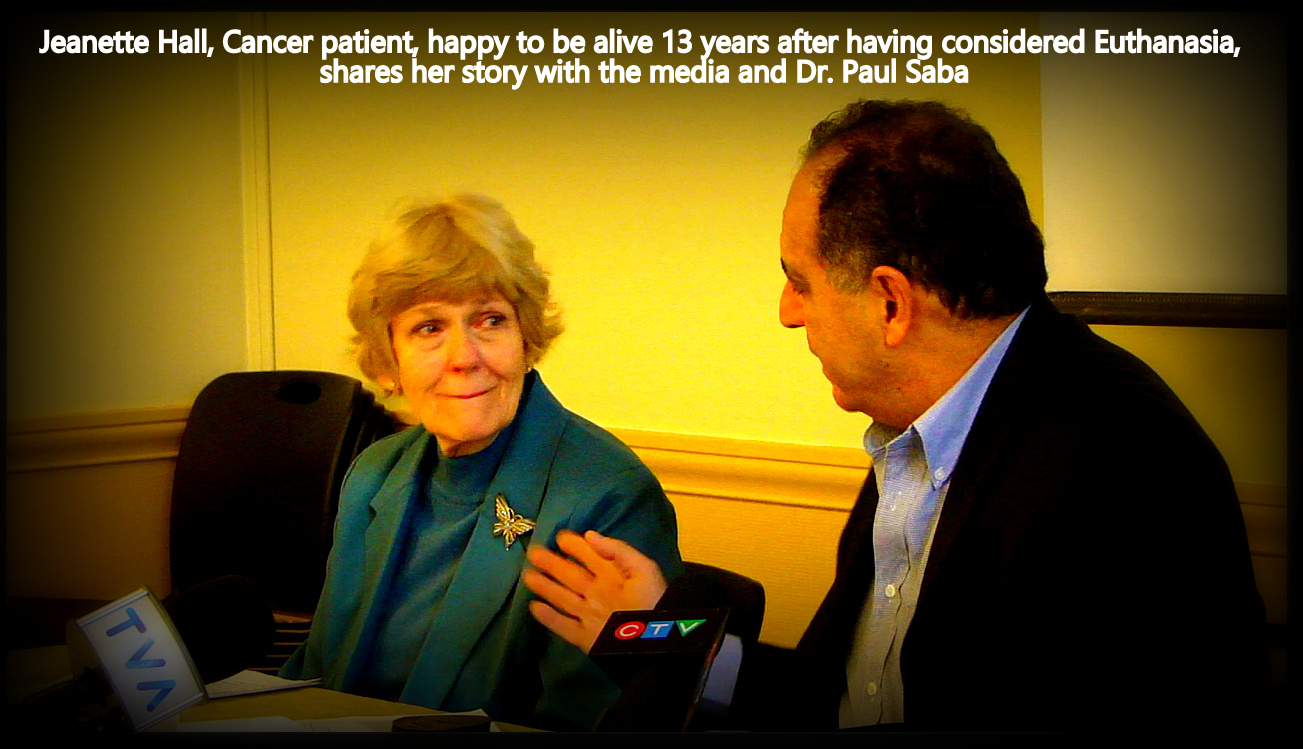 Moreover, euthanasia causes the premature deaths of people in the following circumstances because of:

No system of monitoring can prevent abuse. In Belgium there is a commission to oversee abuses. It is clear that this commission has failed since no remedial action has been taken despite: 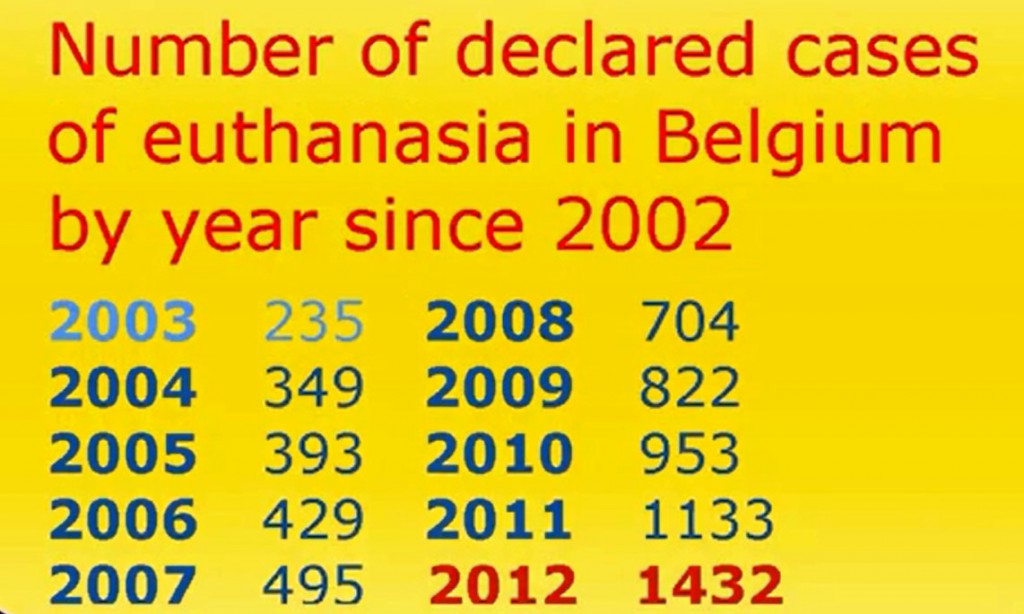 Euthanasia or assisted suicide should not be an option for any person.

For those who are in the terminal phases of life, good palliative care is an effective and compassionate way to care for our loved ones.

The problem is that in Canada only 30% of people have access to palliative care. 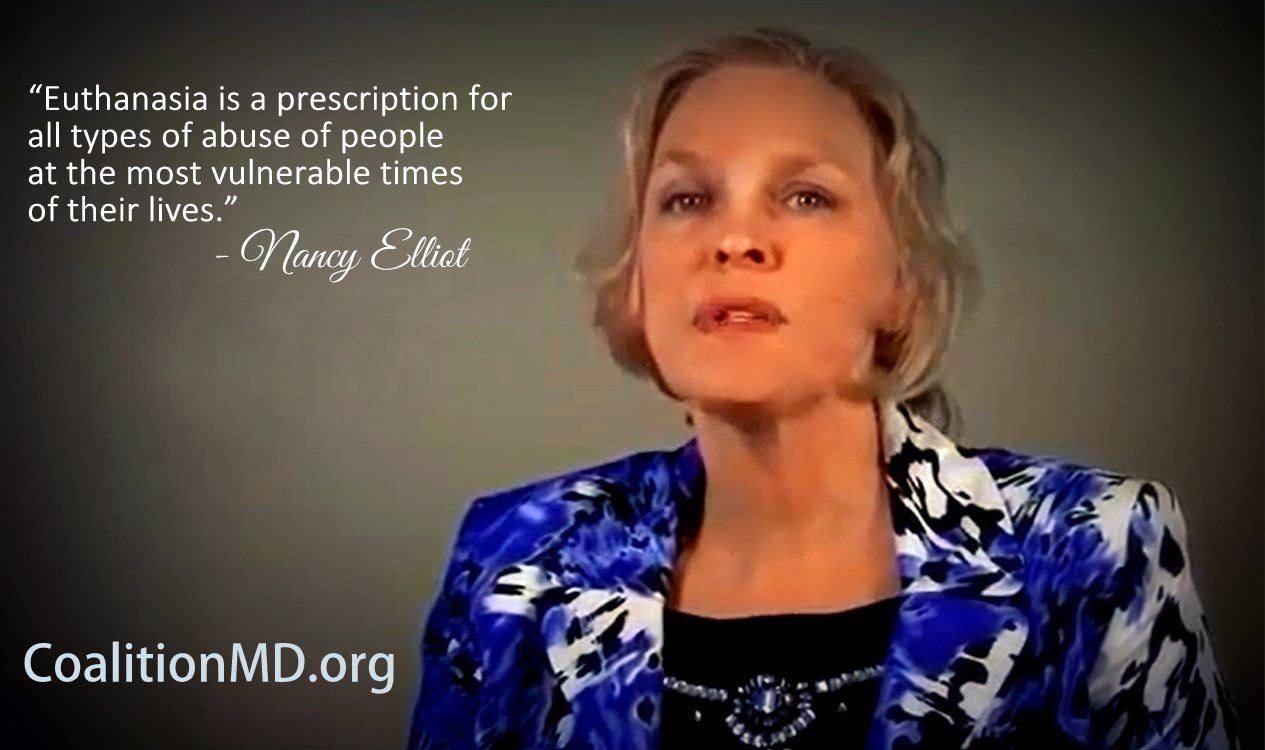 Ms. Elliott gave the example of Richard Bloom from New Hampshire who was given 18 months to live with pancreatic cancer. Initially he was refused treatment and after battling with his medical providers was able to procure treatment and is doing well 9 years later.

She also explained the open door for family abuse, particularly those who can gain from an inheritance.

In summary Nancy Elliott states that “euthanasia is a prescription for all types of abuse of people at the most vulnerable times of their lives.” 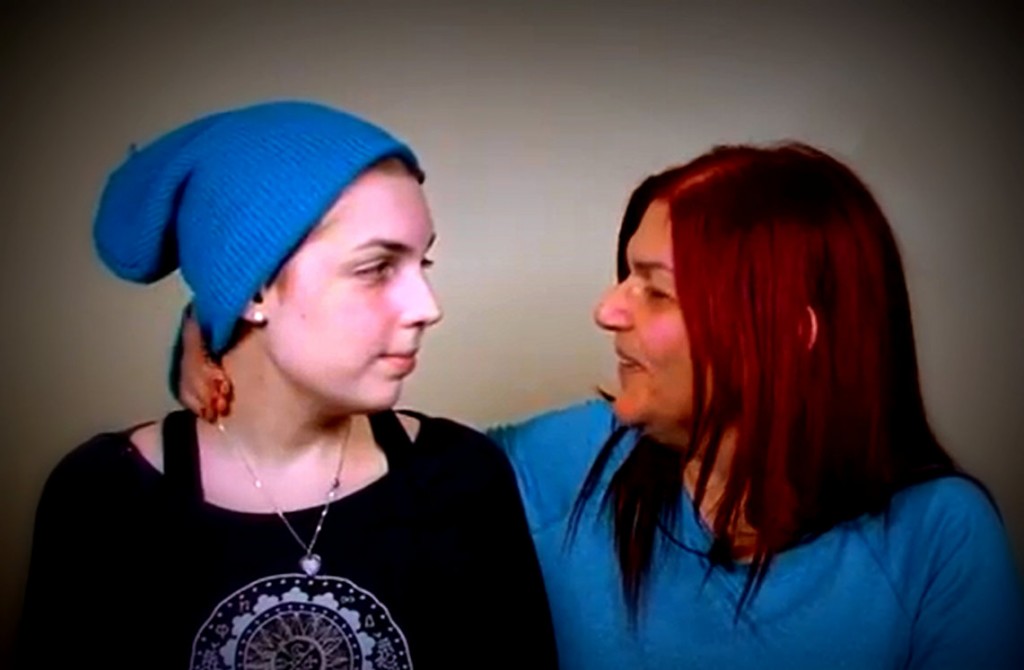 In the video “Quebecers call to stop euthanasia,”

16 year old Nadine described how she survived leukemia and a bone marrow transplant when she was 14 years ago. She described how young people need love and support to get through and do not need the deadly seduction of euthanasia.

Dr. Sylvia Baribeau, a family physician emphasized the need to treat and support those who need medical care and not abandon them when they need it most. “Euthanasia is not medical care, it is the cruelest abandonment and abuse of our fellow human beings.”

In the video letter “From a child to a King”, 4 year old Jessica and her family describe the abuses and dangers of child euthanasia for the children of the world. Jessica’s mother warns that a pediatric euthanasia law might encourage parents of sick or handicapped children “to give up too early” and “what families need is loving, caring social support and not euthanasia.”

Dr. Paul Saba who is President of the Coalition of Physicians for Social Justice reminds us that “over 9 million doctors in over 100 countries represented by the World Medical Association reject euthanasia and request physicians not to euthanize people in countries or jurisdictions where it is permitted. It also is contrary to United Nations conventions and agreements.”