Why euthanasia slippery slopes can’t be prevented by Margaret Sommerville 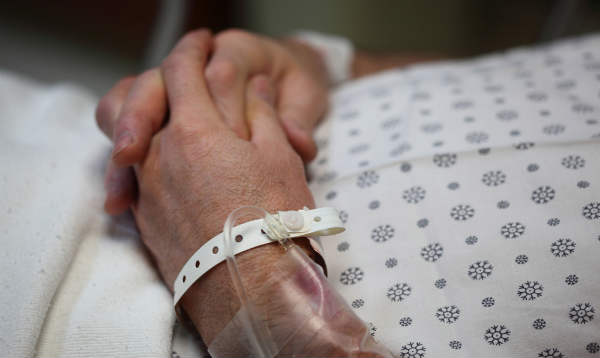 This is a guest post BY MARGARET SOMERVILLE |  | 2014-03-05 | Margaret Somerville is the founding director of the Centre for Medicine, Ethics and Law at McGill University.

I have been receiving emails from people, including some with disabilities, who are angry about my opposition to legalizing euthanasia. The people with disabilities are not dying; they just do not want to continue living in the state in which they find themselves. It’s clear they believe they would be able to have access to euthanasia were it to be legalized. Pro-euthanasia advocates claim, however, that only members of the “end-of-life population” – who they might be is not defined – will have access and that legalized euthanasia will be rarely used. They believe “sensible regulation” (the Globe and Mail’s editors’ term) will ensure such rarity and that no logical slippery slope (the groups allowed access to euthanasia continually expand) or practical slippery slope (euthanasia is abused or used outside the regulations governing it) will result. To decide who is correct, we need to tease out several strands in the euthanasia debate. The strongest case for euthanasia is made by a seriously suffering person, such as Dr. Donald Low, the well-known and highly respected Toronto public health physician, who, five days before his recent death from a brain tumour, made a video pleading for “medically assisted death”. He asked us to put ourselves “in his body” and imagine what we would want. Our hearts, understanding and compassion rightly went out to him. His plea resonated with something Sue Rodriguez, who suffered from ALS and in 1993 lost her case for legalizing physician-assisted suicide in the Supreme Court of Canada, said to me: “How can you be so cruel as to deny this to me? Even a man condemned to death is given his last wish.” Such people make riveting television and their impact is augmented, because the media is largely pro-euthanasia and largely features them and their arguments. For example, media coverage of Quebec’s Bill 52, after it failed to be put to a vote, featured suffering people who wanted access to euthanasia, not those with disabilities opposing the bill’s enactment. The case against legalizing euthanasia is much more difficult to present, especially visually. This is because the relevant risks and harms are intangible, inchoate at present, or in the future. They include risks of abuse of vulnerable people; harm to the ethos and ethics of medicine; to the law’s capacity to enshrine and carry the message of respect for life; to important, shared, fundamental values through which we bond to form society – that we care for each other, especially vulnerable people, and don’t intentionally kill each other; and leaving a seriously damaged society to future generations. Advocates of legalizing euthanasia reject “slippery slope” arguments as unfounded fear-mongering and claim that its use will always be restricted to rare cases of dying people with unrelievable, unbearable suffering. But, as the Netherlands and Belgium demonstrate, that’s not what results, in practice. The logical and practical slippery slopes are unavoidable and inevitable, because those consequences are built into the act of legalization through its justification of inflicting death. Once we cross the clear line that we must not intentionally kill another person, there’s no logical stopping point.

This is a guest post by
Let me explain. When euthanasia is first legalized, the usual necessary and sufficient justification for breaching that line is a conjunctive justification comprised of respect for individual autonomy and the relief of suffering. But as people and physicians become accustomed to euthanasia, they ask, “Why not just relief of suffering or respect for autonomy alone?”, and these become alternative justifications. As a lone justification, relief of suffering allows euthanasia of those unable to consent for themselves. Pro-euthanasia advocates argue that allowing euthanasia is to do good to suffering mentally competent people, consequently, denying it to mentally incompetent suffering people unable to consent is wrong, it’s discrimination on the basis of mental handicap. So suffering people with dementia or disabled newborn babies or children should be given access to euthanasia, as we have just seen legally allowed in Belgium. And if one owns one’s own life and no one else has the right to interfere with one’s decisions in that regard, as pro-euthanasia advocates also claim, then respect for the person’s autonomy is a sufficient justification for euthanasia. That is, the person need not be suffering to have access, hence the proposal in the Netherlands that euthanasia should be available to those “over 70 and tired of life”. And once the initial justification for euthanasia is expanded, why not allow some other justifications, for instance, saving on healthcare costs, especially with an aging population? Until very recently, this was an unaskable question. Now, it’s being raised in relation to euthanasia. It’s anecdotal, but a final year medical student in a class I was teaching became very angry because I rejected his insistent claim that legalizing euthanasia was essential to save the healthcare costs of an aging population. The practical slippery slope is unavoidable because familiarity with inflicting death causes us to lose a sense of the awesomeness of what euthanasia involves, killing another human being. The same is true in making euthanasia a medical act. In summary, familiarity with inflicting death and making euthanasia a medical act make both its logical extension and its abuse, in practice, much more likely, indeed, I believe inevitable. That means we need to stay firmly behind the clear line that establishes that we do not intentionally kill each other by rejecting the legalization of euthanasia.