An Oregon doctor: “Quebec’s proposed euthanasia law is a license to kill” 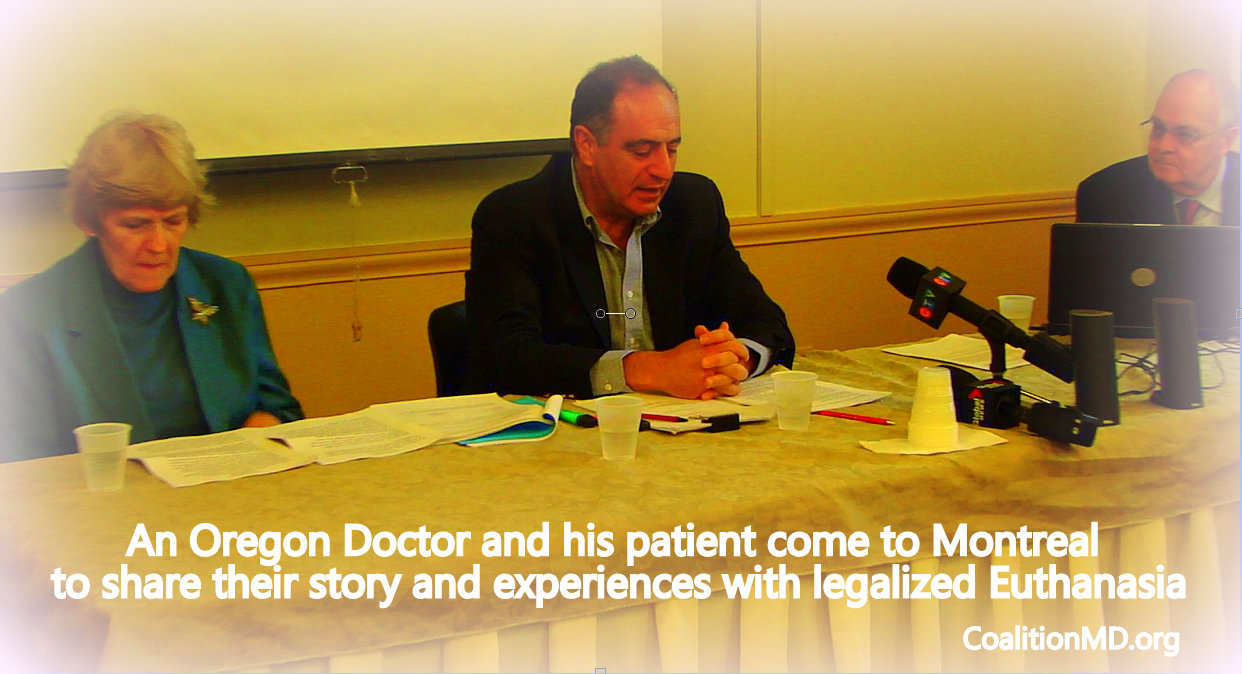 Jeanette Hall, is thrilled to be alive 13 years after Dr Kenneth Stevens,  a practicing cancer doctor with more than 40 years’ experience, talked her out of “doing” Oregon’s law, i.e., killing herself with a lethal dose of barbiturates.

In 2000, Jeanette was diagnosed with cancer by another doctor and told that she had six months to a year to live.  This was without treatment.  The other doctor had referred her to Dr. Stevens for radiation and chemotherapy.  Jeanette, however, had voted for Oregon’s law.  She had made a firm decision to go forward with Oregon’s law instead.

Dr Kenneth Stevens is a Professor Emeritus and a former Chair of the Department of Radiation Oncology, Oregon Health & Sciences University, Portland, Oregon.  He has treated thousands of patients with cancer.

In a press conference this morning in Montreal, Dr. Stevens spoke about how the mere existence of legal assisted suicide steered Jeanette Hall to suicide.  He also discussed how financial incentives in Oregon’s government health plan steer patients to suicide.

Dr. Stevens offered a warning to Quebecers, and any place looking to legalize Euthanasia:

…if assisted suicide or euthanasia is legalized in Quebec, for example, then the Quebec government health program could follow a similar pattern—that is, to pay for people to die, but not to live.

Dr. Paul Saba, a family physician and co-president of the Coalition of Physicians for Social Justice believes that Québec’s proposed euthanasia law will encourage people, including young adults with treatable conditions, to agree to euthanasia and throw away their lives.  The Coalition’s position against euthanasia is supported by the World Medical Association representing nine million physicians.

Physician-assisted suicide encourages people with years to live to throw away their lives: an Oregon cancer doctor and his patient tell their story and warns Quebecers
An act against the citizens of Quebec : Dr. Paul Saba explains – #Euthanasia #Bill52 #Quebec